Another theory on Constance 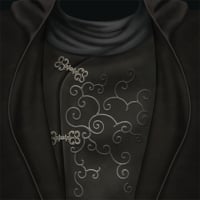 Maybe the mysterious boss of the Unforgivable is using Polyjuice potion to impersonate Constance at times. Hermione gave her truth potion to the real Constance, who doesn’t know anything about the Unforgivable, but somebody else poses as her to learn what Hermione and Harry are up to.

What do you all think about that possibility?

Another theory of mine is that there currently is no defined “boss” of the Unforgivable, the game devs are just dropping random hints and making it up as they go along.