A string of baby magical beast disappearances has caught the SOS Task Force’s attention. Why would the Calamity spirit away such utterly adorable and (mostly) defenseless creatures? It’s up to you to find out and help return them before it’s too late! 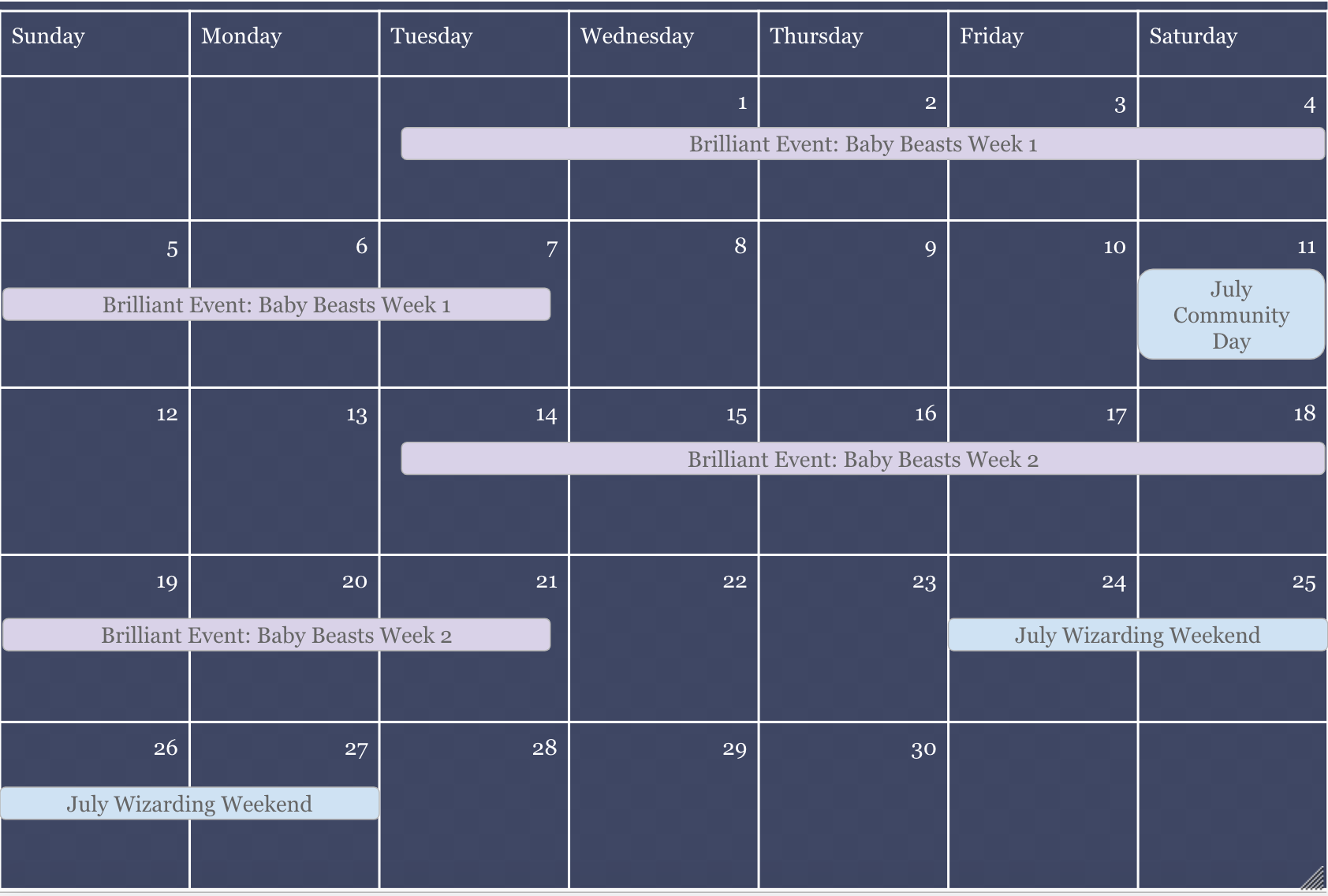 This July keep an eye out for the following: