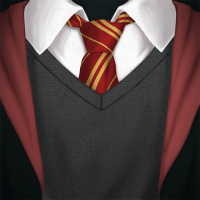 This might sound silly, but I really am curious: Someone a while back, mentioned in the forum that they were going on a cruise, and they were wondering if they'd be able to play from there. I unfortunately don't remember who said it, and in what thread, so I can't ask them directly.

But the the question is, does anything show up while at sea?

I know there would be no inns or anything else, but I'm just wondering if anything at all would show up (oddities/confoundables). I'm guessing not (which is why I say it's a silly question to begin with) 😂