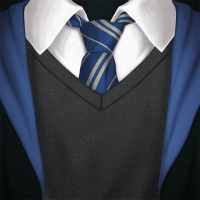 I believe that adding a chat section with other teammates before a battle in fortresses is a good idea.

Indeed, it could be useful to share our strategies and to decide how we are going to take the battle. This chat will only be available before a battle and not during one. Players could share their strenghts, available potions, spell energy and so on.

If the chat is not an option, maybe adding a section with predisposed sentences, numbers (1,5, more than 5) and 'YES' and 'NO' answers is a good idea, such as:

What do you think?