Red Spell Books - So Much Harder To Get 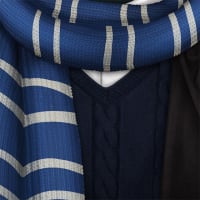 I'm sure I'm not the only one do have posted a something similar in the discussion board.

I was wondering if anyone was thinking Niantic/Wizards Unite would make things easier to get those Red Spell Books? Does anyone know or suspect that if/when they release more Lesson Plans per profession if they'll make it easier to receive Red Spell Books or if the future Lesson Plans will require less of them at the beginning (like how it is currently with Lesson 1)? (・・?

(Like the achievement reward for completing Lesson 1 is only labeled as a Bronze Medal, not even Silver or Gold, which seems quite daunting at the idea that there's more upcoming lesson plans, which could make it even harder to complete those future ones!! (°_°))

I really liked how the November Community Day provided Red Spell Book rewards (much desperately needed!), but it was still not enough for me to learn another lesson nodule in my profession. Does anyone know if Niantic/Wizards Unite is aware of this struggle and is doing more to address it? I have a feeling players may drop out because it gets too difficult to improve in their lesson skills and, thus, the game becomes quite boring after a while... ¯\_(ツ)_/¯

If anyone is curious about my player background info:

I'm right now a Ranked 12 (almost 13) Professor with my few remaining profession skills requiring 21, 25, and 30 red books, but my Ranked 70 Challenges level requires 1420 points, with it increasing by 20 each time after being awarded only 2 Red Spell Books (as everyone knows). ((+o+)) It also just seems weird that for me, it's somehow getting easier to receive Green Restricted Section books from the many scheduled Events (NO COMPLAINTS ABOUT THAT HERE!) than it is to receive "normal" Red Spell Books (seems kind of backwards considering I don't think Hogwarts students had easier access to the Restricted Section in the library, hahaha!). (~_~メ)

It's getting harder to enjoy playing in that it feels like it's going to take FOREVER or simply too long to complete just the one lesson plan provided for each profession... Right now I've just been trying to collect as many scrolls now as possible (which is so much easier to do now) and just apply them to the other professions since that is all I can really do (currently a Ranked 5 Auror and a Ranked 5 Magizoologist). (－‸ლ)

Sorry for the REALLY LONG post, everyone. I had a lot of thoughts and was wondering what others thought or if anyone knew if Niantic/Wizards Unite was aware that some players had this complaint? Thanks, everyone, for your time and thoughts into reading this! Happy playing! (^_-)-☆