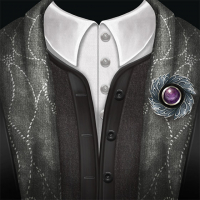 Everybody understands UTC. Events spanning multiple timezones should use UTC and Fixed Time.

A countdown clock, though it appears "universal" is also confusing. A Fixed Time in UTC is simpler and direct to the point and is understood widely.

Using timezones affected by DST is also confusing for the majority of your target market. Example, the mixing of "Asia-Pacific" and "AEST". Majority of the population in "Asia-Pacific" are in Asia and of those, only Mongolia uses DST. Majority doesn't know what AEST is, what's DST of Australia, and majority are in UTC+7 and UTC+8 not UST+10/11.

By the way, India is part of "Asia-Pacific" too.

The Brilliant Event announcement is another example. A fixed time shouud have been included in the first place. Not in PST/PDT because again majority of your target market doesn't use DST and doesn't know what is PST/PDT. Post it in UTC.

Last but not the least, use this tool: timeanddate dot com/worldclock/fixedtime.html?msg=Brilliant+Event&iso=20190703T11&p1=224

It automatically detects the timezone of the visitor. If they set their timezone wrong, well, their problem. Try it, you'll love it. There is no harm in using a legitimate third-party tool for events spanning multiple timezones.

If you want to insist with your DST affected timezones and mixing of "Asia-Pacific" (which again includes India) and "AEST/AEDT", then use the tool I shared in your official announcements. Everybody happy.