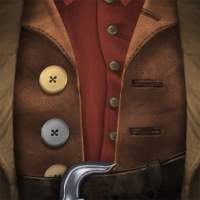 So, @HPWUTeam , a while ago you did this questionaire about events. I thought I'd give a little more detailed feedback about why in particular I find brilliant events more annoying than enjoyable.

Brilliant events have a fundamental difference to other events: Brilliant event add a new registry page that you can fill out ONLY during this event. Yes, they are also the only events where you can get RSBs, but if you miss out on a single BE that's not that big of a deal because you can always get more later.

So, basically you have to play the event to get your registry filled (which is basically the primary goal of the game so I consider this a big deal). This is unlike any other events; yes, adversary events and CDs will help you to fill out certain registry pages faster, but you can totally do those later at your own pace.

This is already kind of annoying, but what I feel makes them really annoying are mostly two factors:

Normally the events are about the foundables. Like, you might get rare traces or challenge foundables that you still need to complete your registry, you can place images to farm trunks for ministry manuals, gold presents, charm recharges, all that good stuff.

For BEs, none of this is a thing. Yes, occasionally the BEs would feature tasks related to a certain family or spell, which at times results in increase spawns of potentially rarer foundables, but the brilliant foundables themselves are just terrible. I wouldn't know why you want to return more foundables than you need to complete the tasks and fill the registry page.

- They are pretty annoying to return. Why are they not in the easiest class? If you feel making them easier to return would hurt your sale of energy, just make them 2 SE a pop.

- None of the trunk improvements work with BE registry pages, so no XP/charm refills/gold presents/ministry manuals but a runestone that you don't need after the event.

- After completing the event and the bonus tasks you still have these medium effort/low return foundables diluting the regular spawns significantly even when using trace charms or TTDs. So, you can't play normally during an BE either.

Let's face it, nobody likes being forced to do quests just for the sake of doing the quests. The rewards for the quests so far have almost never being worth the effort. Tasks are nice to kind of guide you through the event. Like, they support they way you would play anyways if you are interested in getting the foundables of the event. This is something that adversary events and CDs typically manage to do reasonably well, but BEs more often then not fail in this respect.

Due to the fundamental property of BEs that they add a new registry page that you can complete only during the event, doing so should be relatively easy for every player (even if relatively casual or a fresh account). Given this, it is very good that the BE is about a week long. And I think everybody should be able to get at least the "fill the registry page" part done within a few hours of play time without any preparation.

This is currently not so because right now you have to go through 4x3 quests of varying difficulty to get the last fragment, some of which actually take several hours to complete.

- Return 20 foundables of type A

- Return 20 foundables of type B

- Pick up and open 5 portkeys

and I think that everybody that puts in enough effort to do all of the above should get the last fragment. It is ok to hide (at least most of) the RSBs behind more tasks but the task fragment should be available early.

So, overall, I think that currently getting to the last fragment currently takes too much effort. Apart from that, there are other task related issues that are prevalent in BEs which makes playing simply annoying and non-intuitive:

a) Multiple lists of tasks:

Ok, not a big a fan of that generally, but there are a couple of tasks that are the source of a lot of annoyance due to in what order they appear in the task list in conjuction with the UI. Here is the issue: Typically, the structure is something like list 1 contains "Return 12 A", list 2 has "Return 12 B" and list 3 has "Earn x BE runestones".

Now, per se not a big deal because you want to return 20 of A and B anyways and you need the runestones to get the challenge foundable. Here is the thing, though: Earning the runestones normally takes quite a while, in particular at the second stage of a BE when you need 40 FXP. If you know what you are doing, the task isn't too hard because you collect the runestones only when you go to the BE registry page. So, you collect 12 A in part 1, 12 B in part 2 and then visit the registry page only in stage three and get a lot of runestones right away.

However, this kind of means that you have to use the interface in a non-intuitive way. Like, why shouldn't you be able to check out the registry page at any point without actually incurring a severe disadvantage? And it is actually worse:

Obviously you will not only encounter A at the first stage and B during the second, but - on average - both by the same amount. Ok, so assume you encountered 12 of each in phase 1 and returned them. Now you enter phase 2 and will quickly find out that you screwed up, because you need to return 12 more of B, but when you returned the first 8 (totalling 20), the game will always force you to go to the registry. The only way to avoid that is to force close the app which takes time. So, basically, to optimize this you have to make sure that you do not return more than 7 of B in phase 1 and no more of 7 in A in phase 2.

If you return more brilliant traces in either phases you are at a severe disadvantage. In a brilliant event, no less! Not exactly a brilliant concept, eh? And then you occasionally forget this or to force close the app and collect the runestones prematurely... This is one of the instances where I think that the game really tries to be as annoying as possible.

Ok, we have our runestones, we can place the images now, right? Like what we do this whole stuff for? Well, we could but again a little down the road (typically in the bonus round) there often is a "place x images" quest... Sigh.

Getting the desired foundable in the required number in a reasonable amount of time is a game of chance. And the problem there is that you can get extremely unlucky (and some players will if the number of players is large enough) to not be able to find enough of whatever they are looking for or at least not in a reasonable time range.

This problem is compounded by requiring certain foundables at certain stages, and also: What are the part 1 BE foundables doing in part 2 BE? There is no point for them to be there at all, really.

To illustrate what the problem is:

Assume the task is to retrieve one Thestral and the spawn rate of Thestrals is 1% (like, 1% of all foundables are Thestrals). Now we assume that the players encounter 200 foundables. Yes, on average each player should see 2 Thestrals, but there is a certain chance that a given player can actually encounter between 0 and 200 Thestrals. It is actually easy to compute what the percentage of players (on average) will be that does not see at least on Thestral in 200 encounters, and this actually ends up at around 13%. So, for every 10k players, 1340 will have no luck with Thestrals and write angry comments in the forums.

Second case: Now we increase the spawn rate for Thestrals to 5%, but increase the required amount of Thestrals to 5. I.e. the ratio of spawn rate to required number of foundables remains constant, and thus the difficulty of the task on average is the same as before. So nothing changed? Well, wrong. The result of this is that the number of players that get extremely unlucky and can't find the 5 Thestrals is lower. I wrote a short program to simulate this case and having the same 10k players encounter 200 foundables and only about 250 where not able to find the required 5 Thestrals. Way less angry comments.

Just to drive the point home: 10% spawn rate, but the task requires 10 Thestrals. Angry comments down to around 40.

So, basically, you need a considerable spawn rate of whatever foundable a task requires and you can then adjust the difficulty by setting the number of required items accordingly. Low spawn rates just increases the potential amount of bad luck players can experience. Now, littering the map with e.g. Thestrals is no fun for anybody either, which in turn means: Don't use tasks that require you to find a specific foundable, but rather use tasks that require groups of foundables (e.g. the current Troll task is totally fine).

This is an issue in a lot of parts of this game, like, there is a lot of RNG going on that can be quite frustrating at times and that you can't work around, really. I guess the developers tend to think about these things in terms of "on average this should be so-amd-so hard". I think it would be better if you think more in terms of "what are the chances that a given player end up with the short end of the stick".

A lot of these issues can be at least reduced to some extent without much effort on your side. The next post will contain my suggestions of how to make BE less annoying.