We’re currently investigating issues with the SOS Report appearing blank, Adventure Sync not working (Android), and in-app purchasing (iOS.) We will provide updates when we have further details.
Duel The Most Iconic Villains and Foes of the Wizarding World — Harry Potter: Wizards Unite Community Forum

Duel The Most Iconic Villains and Foes of the Wizarding World 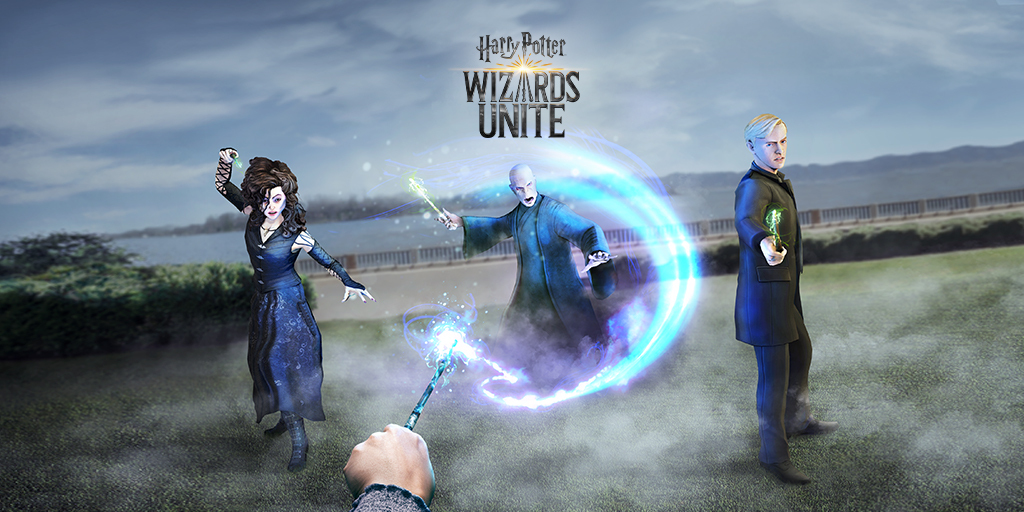 Something wicked this way comes as Dark wizards and villains descend upon Harry Potter: Wizards Unite. Ready your wands and prepare to duel some of the most iconic foes of the wizarding world in a new kind of magical combat, coming soon.

“Adversaries” are a new type of encounter where you face off in battle against a chain of increasingly difficult foes. If you’re successful in battling your way to the final opponent, you’ll find yourself pitted against some of the most fearsome villains and creatures known to the wizarding world – Slytherin’s Basilisk, Fenrir Greyback, Draco Malfoy, Bellatrix Lestrange and others have all been rumored to be amongst their ranks. Knowing the company these nefarious characters keep, whispers have circulated of a possible sighting of a certain Dark wizard whose name we dare not speak.

If you’re confident in your combat skills and are ready to dive into the fray, you can find Adversaries on the Map or during brand-new Adversaries Events. When you see the Adversaries icon, inspired by the Dark Mark, on the Map, simply tap on it to enter into battle, but make sure you’re ready before engaging in combat. Adversary battles aren’t for the faint of heart; while you regain health after defeating each opponent, if you lose at any point during the string of battles, or choose to exit during a fight, the chain is broken and the entire encounter is over.

As you defeat individual villains as part of the chain of battles, you’ll receive incremental rewards, culminating in a large cluster of rewards if you’re successful in finishing off the final Adversary. These rewards include Wizarding XP, Challenge XP, a chance at Defense Against the Dark Arts Books and more. Adversaries and their enemy attendants drop Fragments of Adversary Objects when defeated. These Fragments are listed on the new Adversaries Registry Pages in the Challenges section of the Registry. Placing these Objects in the Registry also grants you rewards such as Challenge XP and Defense Against the Dark Arts Books.

A new consumable item, the Edible Dark Mark, will allow you to spawn Feared Adversaries, and Lethal Adversaries once they have been introduced, on the map, should you invite the challenge.

To stand a fighting chance against the more powerful Adversaries, you’ll need to reach Level 15 and make sure you’ve properly invested in your Combat Profession. After completing any single Profession tree, a new Lesson Plan will be made available to you. In order to be able to defeat both Feared and Lethal Adversaries, you’ll want to master some of these new skills first. In addition to honing your combat abilities, you’ll want to strategically utilize a variety of Potions and develop your Potion skills in SOS Training as well. Healing Potions, Exstimulo Potions and Wit-Sharpening Potions can all be used to give you an edge in combat against Adversaries, especially with Exstimulo and Wit-Sharpening Potions stacked together. You’ll need every boost you can get to face these fearsome opponents and prevail to tell the tale!

Do you think you have what it takes to take on these all-powerful antagonists? The arrival of Adversaries in Harry Potter: Wizards Unite is imminent, so stay tuned for the latest updates!