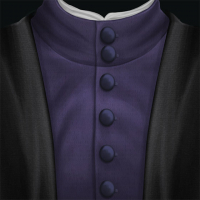 Tried: Repeatedly restart game when this happens, as well as rebooting phone. Playing with my Google maps open in background to confirm location and attempt to "tether" game location.

Issue: major GPS drift (up to 1 mile) constantly and repeatedly happening. On stable Wi-Fi and Google map will only show drift of maybe 100 ft up to 1/8th of a mile. Drift happens so often that when using a TTD my traces stay in the original location but I am unable to access them (get "move closer to the fortress" error) or sometimes completely unable to see them. Upon returning from drift, local inn and pois I can usually see on map disappear. Often requires multiple restarts to get pois to return. First restart usually causes mis-loading of game and loss of knight bus.

This has caused loss of up to ten minutes from use of TTD potions and often loss of traces spawned from potions.

This really didn't help my portkeys last week either, as the drift happened so often and quickly that my game just didn't register regular movement, much less the major jumps.

All other use on Wi-Fi has had no issues and Ingress does not show the same drift location as HPWU.

Other possibilities : I am in the wildfire smoke affected area, however, my GPS drift was not this bad or regular (ie constant) until the event began last Tuesday with the dragons.