Re: Do Something About Freeloaders!!

@Attrition I feel that you are just looking for an argument. As @Murdo666 pointed out, I was complaining about the intentional freeloaders, which I have never and will never be. In addition, I also said more than once that I would expect to receive the punishment, whatever it may be, even if my lack of participation was not intentional. Telling people that they are never allowed to get distracted is naive and frankly sounds like someone who has no real responsibilities to deal with. So, to answer your rather obnoxious question, “Stones and glass houses?” No, I don’t feel that is what I am doing. Thanks for asking, though. 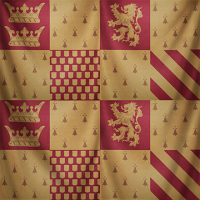 Re: Why is Niantic trying to lose players?

The manner and ways in which you are failing your players is truly spectacular. You’re like a Trump supporter, doubling down on your belief that all is wonderful even when all signs say otherwise. It’s quite laughable at this point. Good luck.

What’s a person got to do to get the Young Harry Potter? If the game is accurate, then I have seen him only once and it has been over a year. I have gone to a cluster of inns dropped 9 DD at the same time and used a TTD with the DD; nothing. 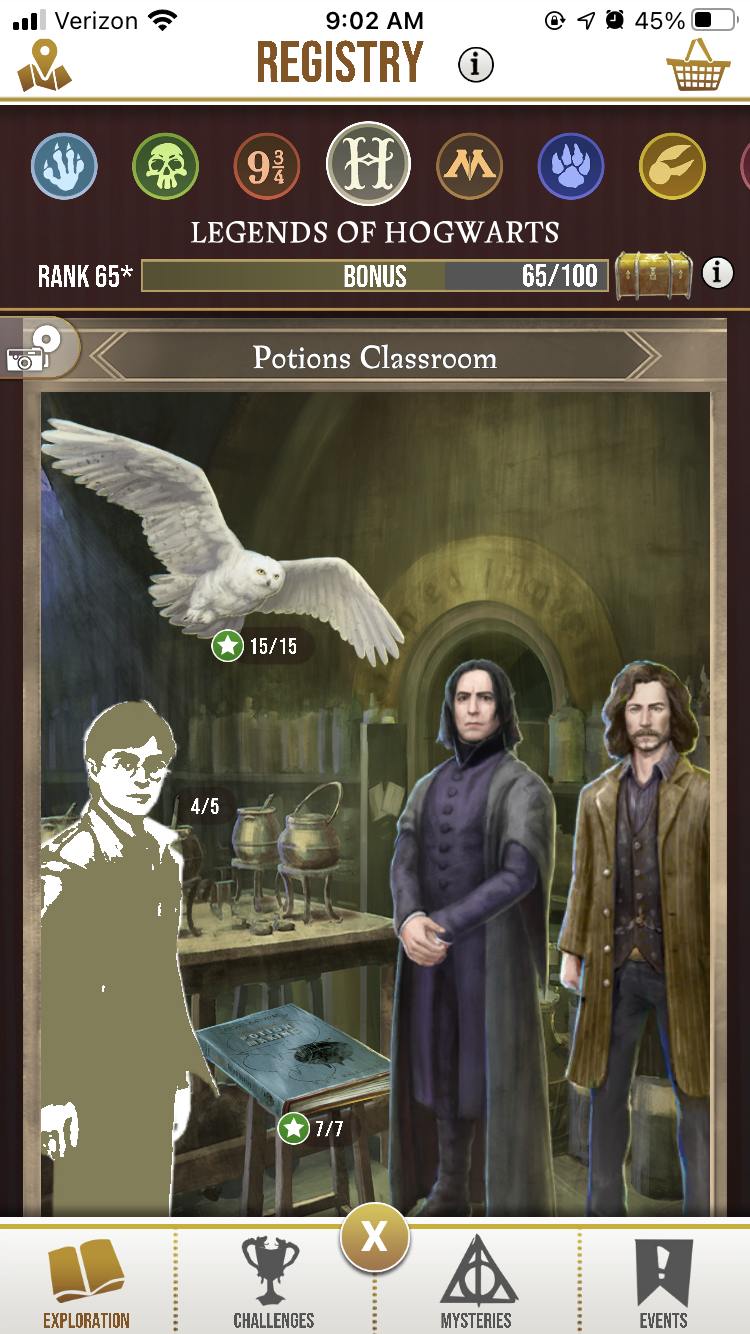 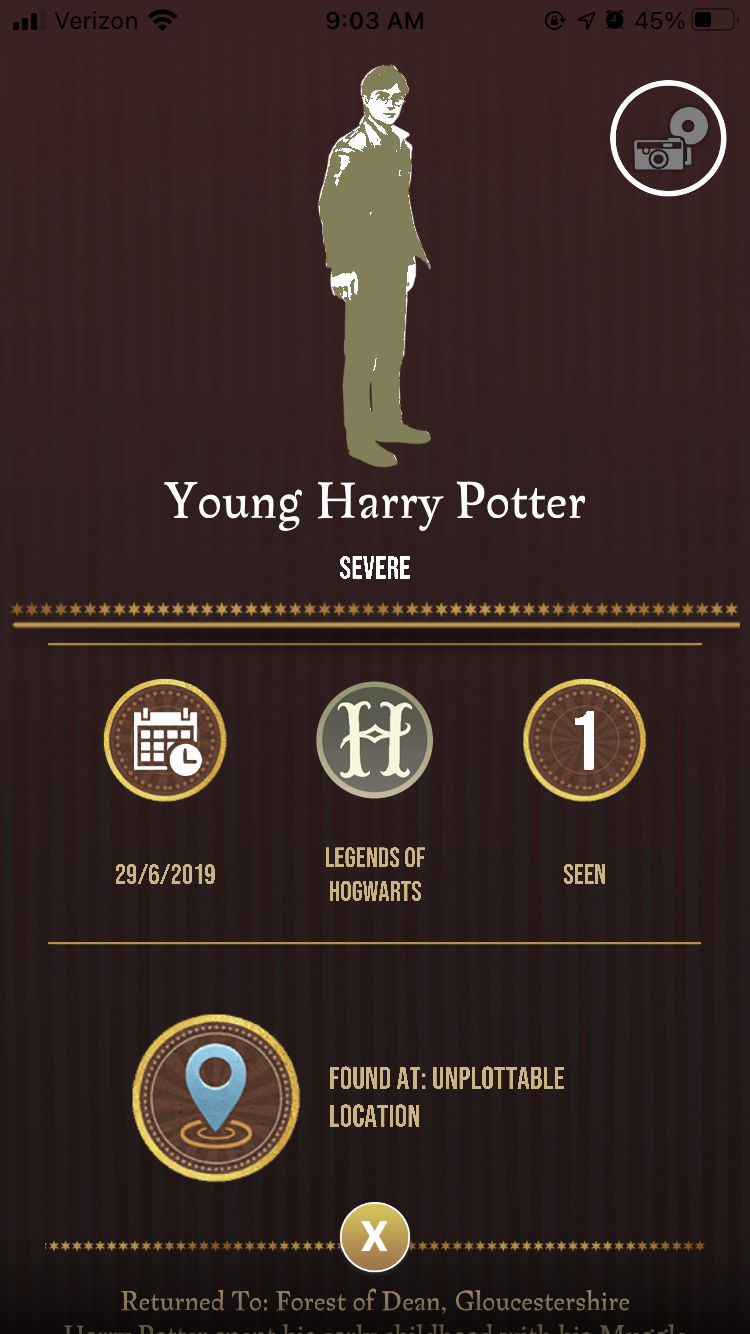 Can the developers add masks to the wizards and witches and make them a family unit so more than 6 can gather in one spot?

Seems like I’m experiencing the same issue, I’m level 31 and have only got the first mystery item and stuck on “Recover The London Five Transcript Mystery Object” and “Recover The Redacted Mystery Object” for months despite playing often. It would be great if we can discover that part of the game as well at some point 😕

For a few reasons, I will be leaving the game and the community permanently. These last two community days and the last Brilliant event were absolutely horrific. Then add to that, I made a fun (yet relevant) thread on here regarding the grueling failure of the past two by relating it to having a beer instead.

My thread was removed without notification. Now, I understand I am not OWED a notification nor explanation but one would be nice... and maybe something along the lines of "this is why". It's just good practice.

It's important to note here that my thread was, as I stated, intended to be light-hearted and to allow a bit of a chuckle and fun after what was literally the worst week of HPWU. It was to allow a bit of distraction from all the otherwise vitriolic threads.

Anyway... Peace, everyone. I left the forums before because of - well... those who remember know exactly why. And I was right then.

And now I'm leaving because of where I see the game itself going. And I hate to say it... but I think I'll be right again.

Wishing you all the best of luck. I'm gonna go have a butter beer. 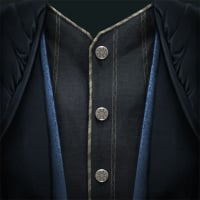 @wthKamikaze This insight in point 1 regarding TFTD potion matches a lot of feedback I have been seeing, it is a good point you are raising.

What you said in point 2 about items on the map is important as well, we hope to provide a good balance for players but the items (Traces, ingrediants, etc) do compete to appear on the map. We will aim to improve this experience in our next events.

@hpwulola Thank you for listening to the complaints. I have a couple observations to share. 1. The TTD used to attract more of the event foundables during events. Recently, when used during events, the TTD just seems to attract more foundables in general like when it is used on a non-event day. A few extra Brilliants or Event types show up, but not like they used to. Whatever mechanics or algorithms are being used to make the TTD attract more event foundables (as advertised) seems to not be working. I am fortunate to be able to go to parks and walk alot so I am able to find the event foundables needed for tasks, but it is alot more time consuming. 2. During events, and when using TTD, the amount of spell energy found on the ground seems to diminish. I assume this might be from additional foundables spawning in place of the energy? I do realize that the (energy) map spawns were added as part of the pandemic changes and this side effect may be unavoidable. Maybe the inns could reward higher amounts during events to make up the difference. Alot of people may be able to go out, but are just running errands and can only hit a fraction of inns they used to. I would also like to add that I have noticed what seems to be an increase in Severe and Emergency Foundables on the map and wanted to say Thanks for that! And one suggestion... instead of correcting the Flares on the foundables (Red is now Severe as well as Emergency), maybe the Emergency Foundables could just be changed to a Blue Flare? Again, Thanks for listening and helping to improve what is a difficult situation with the pandemic restraints.

Use 10 extimulo potions in wizarding challenges? Really? More of this, again? At least it's in the bonus task. Are players really spending money when they pull this? I just lowered my stock by 40-50 potions this weekend, but I'll be visiting greenhouses today. I can't support spending money on blatant cash grabs in a game that's not even trying to be fun for the casual players. I figure there's some other hidden mechanism like low spawns making it unplayable, since the last 3 events have made me extremely cynical. I'm going to be charitable, and assume the cash grab is due to financial problems of the parent company due to covid, but this kind of game programming will only accelerate losses in the long run as they lose what could be a profitable game and player base.

Re: Adding insult to injury, back-to-back brutal events-- how to restore player goodwill

It is tragically sad to me that there has been ZERO INPUT from Niantic in even trying to address the 100’s of players complaints. Which is one of two things - one, the idea of trying to address these concerns is too daunting and I feel for Lola as she is 💯 stuck between a rock and a hard place or two - they just don’t care. I truly hope it isn’t number two. 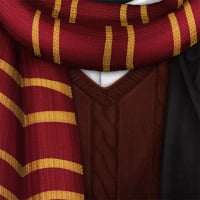